Art & Creativity Take Center Stage: More art, music, literature and dance (as experienced and “to do”) will be at the center of more wellness experiences.  Yes, adult coloring books – but well beyond:  from classical concerts to painting classes at hotels, wellness retreats, spas and studios.

Wellness Remakes Beauty:  The massive $1 trillion beauty industry is undergoing seismic shifts to meet the needs of a wellness-oriented population, focused on a “beauty comes from within” – rather than the old superficial, topical – model.  The trend to watch in the new wellness-beauty conversation:  the rising science of “neuroaesthetics,” exploring the complex, positive connections between the human brain and beauty. 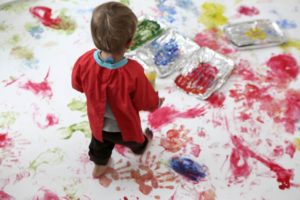 The Future is Mental Wellness:  Mental wellness will be the biggest future trend, period:  from wellness destinations bringing in neuroscientists and psychotherapists to meditation becoming seriously mainstream while evolving into new breeds, to apps that track your mental state.

Embracing the C-Word:  The wellness world is waking up to the needs of a surprisingly underserved population:  cancer patients – with new training initiatives and programming that finally provides comfort and positive recovery paths.

Beyond the Elite “Ghettos” of Wellness:  in a world where rising inequality and a sense of “unfairness” is leading to a global, populist backlash, a wellness industry that’s become narrowly associated with wealthy elites (the $300 yoga pants and treatments) must, and will change. 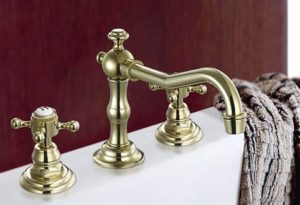 I shower once a week.  Here’s why you should too.

When I was a kid, bathtime was a once-a-week affair. We weren’t an unhygienic family – this is just how most of us lived in the 1960s, and I do not remember any horrific body odours resulting from it. By the time I was an adult, I was showering every day. With hindsight, I should have stuck to the old ways.

The average 10-minute shower uses 60 litres of water. A power shower uses three times that and a bath about 80 litres. So a family of four each having a daily 10-minute power shower (I know that is a very conservative estimate for some teenagers) will consume a staggering 0.25m litres of water every year. The annual average cost for electricity for four 10-minute showers per day would be up to about £400, or £1,200 if a power shower is involved. Even worse, the power-shower family would be emitting a staggering 3.5 tonnes of CO2. As we can afford only one tonne of carbon emissions per person – for everything from food to transport – if we are to keep global temperatures below the critical 2C threshold, this would consume nearly all of the family’s carbon budget.

The daily bath or shower, then, is terrible for the environment and our bank balances. That’s one reason I have reverted to a weekly shower, with a daily sink-wash that includes my underarms and privates. But there are health consequences too. I first became aware of these when I was a touring ballet dancer and met a friend whose skin had been severely damaged by excessive use of soap products. He was condemned to treat himself with medical creams for the rest of his life. According to dermatologist Joshua Zeichner, parents should stop bathing babies and toddlers daily because early exposure to dirt and bacteria may help make skin less sensitive, even preventing conditions like eczema in the long run. The American Academy of Pediatrics recommends three times a week or less as toddlers’ skin is more sensitive; and as the elderly have drier skin, they should not be frequently washing all of their bodies with soap.

Doctors say that overuse of soap removes the skin’s natural protective oils and good bacteria. This can exacerbate or cause complaints such as dermatitis. The longer one stays in the shower, the more of the skin’s oils are removed. The only real beneficiaries of over-frequent baths and showers are the companies that make and market soaps and shampoos.

It is clear my daily shower habit resulted from falsely imposed cultural norms, rather than any legitimate health benefits. We do need to wash our hands frequently, for obvious hygiene reasons. But our skin has its own natural cleansing mechanism and it is generally only our armpits, feet and privates that produce any odours if unwashed.

There is a similar story with frequent shampooing. When I visited the Yanomami in the heart of the Amazon in 1992, I noticed that they had lovely shiny, healthy hair, despite not using any shampoo or soap at all. Frequent shampooing, it turns out, removes the hair’s natural protective oils, damaging and drying out the hair and scalp, in turn creating a lucrative market for so-called hair “conditioners” and “anti-dandruff” shampoos. I gave up shampooing after I came back from the Yanomami and now simply wash my hair with water. I never again suffered from dandruff or dry hair.

Of course, if you are being intimate with somebody, whether it is your partner or a doctor who is examining you, it is nicer for both of you if you are fresh and clean. But that can just involve a quick sink-wash.

So let’s ignore the advertising bullies and revert to the traditional weekly shower or bath, plus a daily sink-wash. Apart from anything else, think how much time we’ll save.